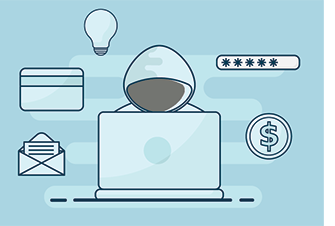 A recent article in The Wall Street Journal should be a wakeup call for CFOs and other senior finance leaders who are on the fence about the need for accounts payable automation..

The story details a complex invoice and wire fraud scheme that bilked two of the most prominent technology companies in the world out of more than $100 million between 2013 and 2015.

Here’s how the scam worked: A Lithuanian man created a company in Latvia with the same name as a hardware manufacturer with which the tech giants regularly did millions of dollars in business. The man then sent e-mail messages to employees at the companies, directing them to wire payments for bills the tech giants legitimately owed into bank accounts that he controlled in Latvia and Cyprus.

The hackster forged invoices, contracts and letters, which were submitted to banks to justify the transactions, The Wall Street Journal explains.

After the funds were deposited, the man quickly spread the money out by wiring it to various bank accounts in Latvia, Cyprus, Slovakia, Lithuania, Hungary and Hong Kong.

It wasn’t until 2017 when authorities arrested the crook, who pleaded guilty to his role in the scheme.

Most of the stolen funds have been recouped.

But this entire matter could have been avoided with an automated accounts payable solution.

By extracting the data from invoices and validating it against information in a system of record, such as a vendor master database in an enterprise resource planning (ERP) application, invoices presented for approval can be automatically flagged for review if they meet pre-defined criteria such as:

With invoice schemes becoming more prevalent, more sophisticated and more global as a result of emerging technologies, CFOs and other senior finance leaders have no time to waste..